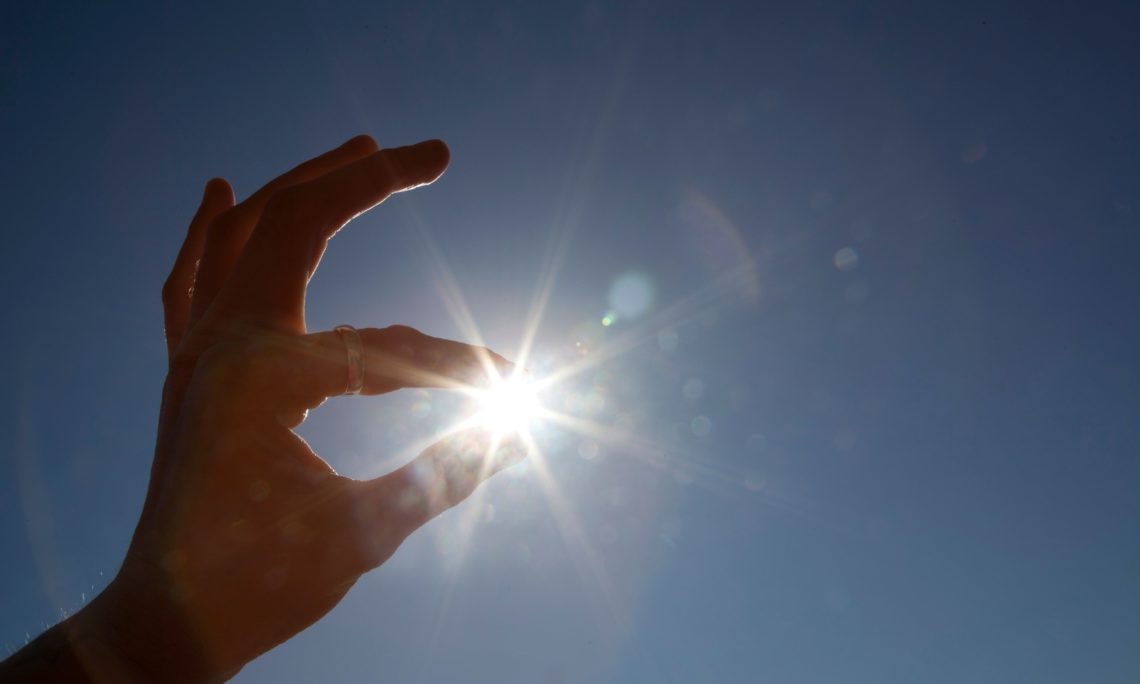 Texas may be known for its oil and gas, but one city there plans to get nearly all of its electricity from renewables.

When DME signed on for all that renewable energy, the company knew it was a departure from the way utilities traditionally do business, according to Mike Grim, DME’s executive manager.

This commitment to getting the major share — the baseload — of DME’s electricity from solar and wind energy came after a three-year study. The city council supported upping the mix to 70 percent renewable energy.

To achieve its goals, DME diversified its mix of energy sources. Much of its energy was purchased from a Texas Municipal Power Authority coal-fired plant, with installed scrubbers so it was a clean, low-emissions plant. But the plant lacks the responsiveness wind and solar energy generation requires.

To bridge the efficiency gap — and be able to provide electricity on demand until high-capacity storage technologies are perfected — DME invested in quick-starting “reciprocating engines” that operate like car engines.

When the Denton Energy Center is completed in July 2018, 12 natural gas–powered reciprocating units will come online, generating 18.75 MW each — a total of 225 MW. The units will provide a much cheaper and resource-efficient power supply to fill in when renewable energy sources are not delivering.

“We have to provide power when our customers demand it,” says Grim, adding that the units will supply clean power and reliable service “at competitive rates.”

Solar and wind energy will soon be a significant resource for Denton. DME is negotiating contracts with utility-scale solar and wind farms so that in 2019 renewables will make up 70 percent of Denton’s energy.

A TESTING GROUND FOR THE ENERGY MARKET

Denton’s renewable energy setup is attracting attention from three important sectors: national laboratories, university research labs and big business. The universities want to pilot smart-grid technologies they’ve developed in their labs and try them in the real world of grid transmission and distribution. Closely watching are top-flight businesses that want to market
these technologies once they’ve been proven.

We want to be a leader in deploying some of these devices and allow the citizens of Denton to use them,” Grim says. He welcomes Denton’s role as an innovation testing ground.

Although an energy-storage future is built into the Denton Energy Center plans, the approach is cautious. By investing in the quick-starting reciprocating engines, a reliable electricity supply is ensured while suitable storage technologies are tested.

It’s good business. According to an independent analysis by the Brattle Group, the utility will save more than $500 million over 20 years under the plan, as they refine integration of renewables into their transmission and distribution. And it will reduce polluting emissions by 78 percent.

“We are not only trying to look at what is, but what will become. It’s not the typical municipal utility,” Grim says.