Home Home / News & Events / Good jobs in clean energy? You bet there are. 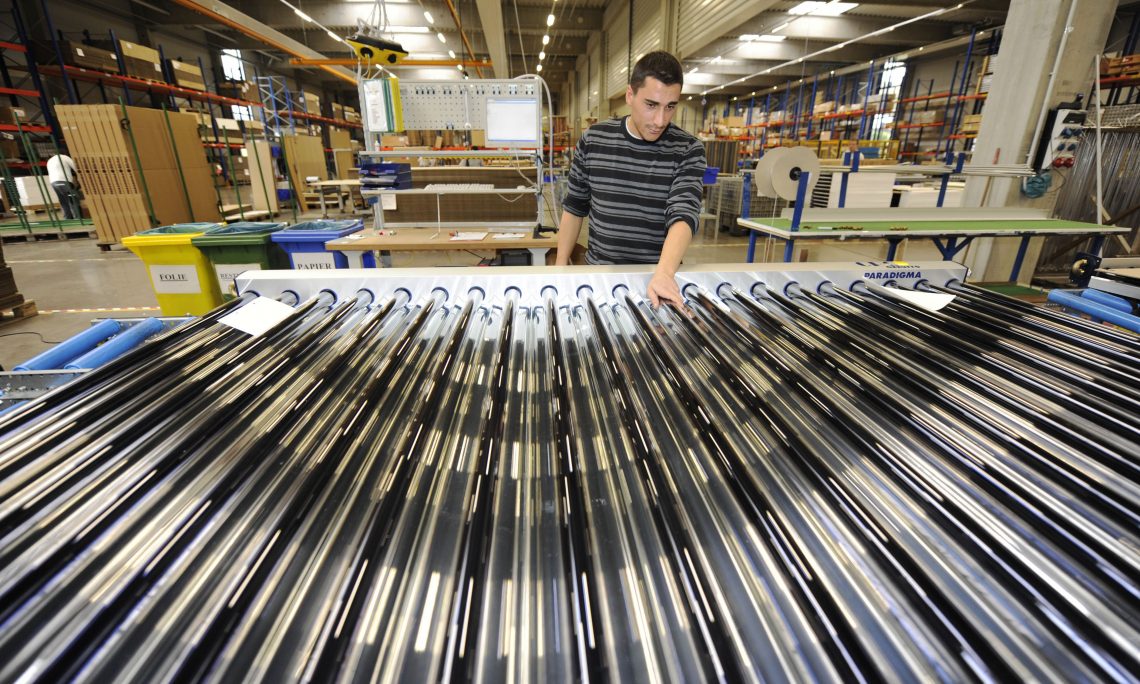 A man works with solar collectors at a plant in Germany. (© AP Images)

A man works with solar collectors at a plant in Germany. (© AP Images)

The coal and oil industries may have fewer jobs than in the past, but the sun is smiling on the renewable energy industry. Solar, wind and other renewable energy companies are staffing up at all levels as demand for workers increases.

“These industries are growing. We’ve made a lot of progress in the United States in terms of developing stable, professional industries,” says Charles Hanley, senior manager of the Grid Modernization Program at Sandia National Laboratories in Albuquerque, New Mexico. “These are specialized, high-paying jobs. The work stays close to home.”

He says manufacturing components for renewable energy facilities and all the steps along the way to installation and operations are part of the renewable energy economy. And the power grid is evolving. Distributed generation — which involves many small electricity producers in a community — as well as grid-scale clean energy deployment are creating a lot of jobs.

“When it comes to jobs, renewable energy has been growing about 20-25 percent a year in the past couple of years. That’s pretty amazing growth,” Keefe says. The 2016 E2 Clean Jobs in America report found that 2.5 million Americans are employed in the clean energy industry.

Solar and wind industries lead the renewables field, but there are jobs in biofuel, geothermal and hydropower. Energy storage and smart power grid operations need workers. The energy efficiency sector — that includes manufacturers of energy-efficient appliances, insulation and advanced materials to make electric and energy-saving vehicles, for example — is booming. Electric and clean vehicle design and manufacture is another industry that is growing fast. That means more jobs.

“These are quality jobs,” Hanley says. “They are not going to go away. They are just going to continue to grow as we evolve.”

Check out what WDC Solar is is doing to help the job market!