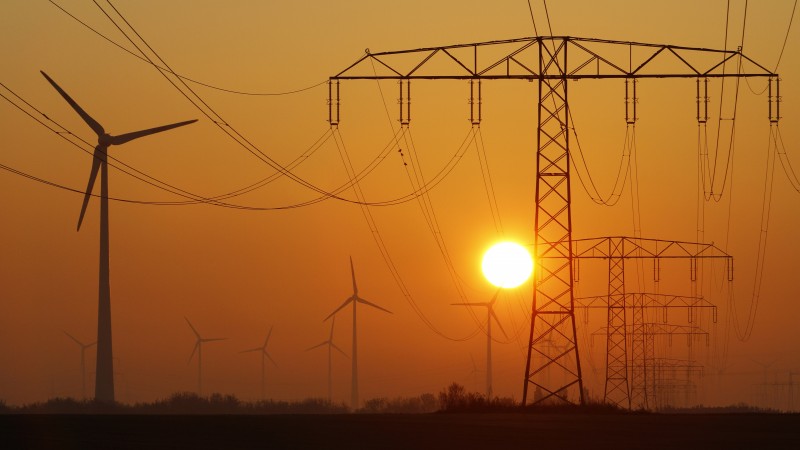 By 2050, the world will get most of its electricity from renewable sources, like the sun and wind, and no longer rely on polluting fossil energy that contributes to climate change.

That bold prediction comes from Angelina Galiteva, who knows a lot about energy. She has played a central role in California’s efforts to accelerate renewable energy use. In her second term on the California Independent System Operator’s board — appointed by Governor Jerry Brown — she helps oversee statewide access to the electricity grid. Galiteva is founder and president of NEOptions Inc., a renewable energy technology design and development firm, and she founded the nonprofit Renewables 100 Policy Institute. She also chairs the World Council for Renewable Energy. Earlier in her career she worked for the New York Power Authority on renewable energy and air quality issues.

So she has seen renewables develop from niche technologies to being vital to the regular electricity supply in many parts of the world. “We are beyond the tipping point, and growth in the renewables sector will continue at a rapid pace,” she says.

California, already a leader in cutting greenhouse gas emissions, has gone even farther with a new law enacted by the state legislature last August that mandates emissions be cut to 80 percent below 1990 levels by 2050.

To meet that goal, Galiteva says, “we need to be at high levels of renewables in all sectors, including electricity, fuels — heating, cooling, industry — and transportation.” And it will be done by increasing reliance on renewable energy resources such as solar and wind power.

“What’s becoming increasingly clear, especially here in California, is the fact that the resources we thought were reliable for the longest time are proving to not be as reliable. And solar is saving the day, along with wind power and renewables,” she said.

She cited the San Onofre nuclear power plant, which shut down suddenly in 2012 due to safety concerns and never reopened, and the recent four-month-long natural gas leak in Los Angeles. Efficiency, storage and renewable energy helped make up the shortfall in both instances. Such events are causing the energy industry to rethink its options.

The industry isn’t wasting time taking action. The state’s public utilities commission recently ordered Southern California Edison to step up its integration of distributed energy systems owned by residential and business customers. And the power company just gave Tesla, maker of electric cars and storage batteries, the nod to supply 20 megawatts of energy storage on a fast track. It will be operational by the end of 2016 and will supply power to 2,500 houses for a full day. Other grid-scale energy storage systems are set to follow.

The trend is global

Renewables are now established around the world as mainstream sources of energy, according to the 2016 REN21 Global Status Report. Thanks to more affordable technologies and supportive policies, new markets are opening up around the world.

Galiteva believes distributed energy resources — the sun, wind and other renewable sources — will fuel the future. Electricity generated from small, customer-owned, clean power generators, such as solar panels or wind turbines on homes and businesses, small hydroelectric power or geothermal installations, or farm-waste digesters utilizing biomass for energy will combine with electricity from larger-scale renewable energy generation sites to meet the general power demand close to the consumer.

“The future is renewable, and we are transitioning toward a renewable energy–powered system. The ones who do it efficiently in an optimizing, coordinated fashion are the ones who are going to be the industry leaders,” Galiteva says.

Up next in Part Two: How is the transition to renewables being made?