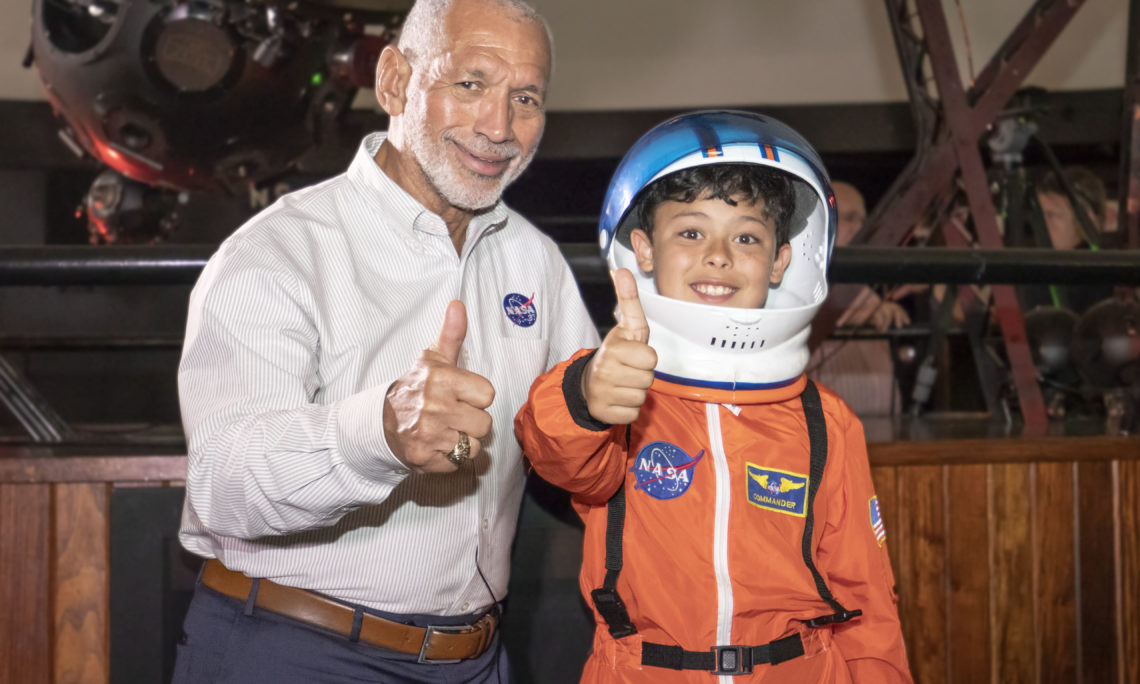 Former astronaut and NASA administrator Major General Charles Bolden meets one of the next generation of astronauts during his public lecture at the Wits Planetarium in Johannesburg.

How often do you get to meet a man who has been in space four times?  The United States Mission to South Africa welcomed Major General Charles Bolden to South Africa from November 12-17 and his recent mission to South Africa had students, pupils, space enthusiasts, aerospace professionals on the edge of their seats as he described his journey to space. From a reluctant fighter pilot to being part of the team that launched an unprecedented landing on Mars with the Curiosity rover – this astronaut is legendary!

During his time as an astronaut and as the Administrator of the National Aeronautics and Space Administration (NASA), Bolden oversaw the safe transition from 30 years of Space Shuttle missions to a new era of exploration focused on full utilization of the International Space Station, an unprecedented landing on Mars with the Curiosity rover, launch of a spacecraft to Jupiter, and continued progress toward the 2018 launch of the James Webb Space Telescope (JWST), the successor to the Hubble Space Telescope.

Bolden started his South Africa mission as a U.S. Science Envoy for Space in Cape Town.His visit culminated in a public lecture at the WITS Planetarium in Johannesburg, where he explored what landing on Mars has meant for humankind.  Bolden’s engagements aimed to promote space exploration, demonstrate exciting possibilities through STEM education, and encourage innovation in space technology.