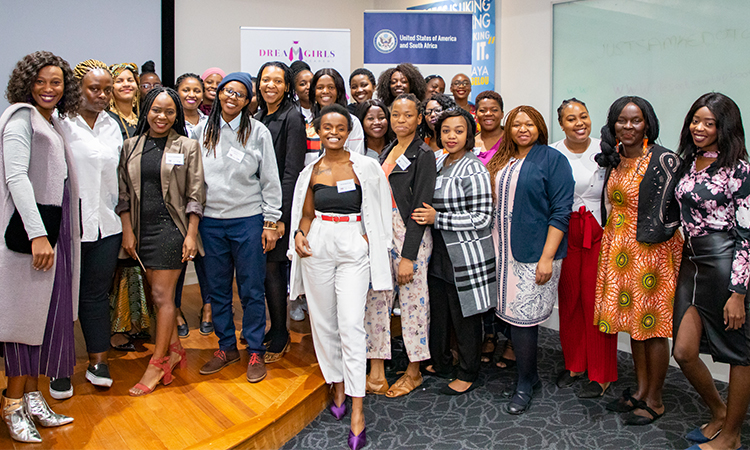 The U.S. Embassy in Pretoria, together with implementing partner DreamGirls Academy, launched the Academy of Women Entrepreneurs (AWE) this week in Pretoria at the American Corner as part of its Women’s Month programming.

AWE supports the White House-led Women’s Global Development and Prosperity (W-GDP) initiative, which is designed to empower at least 50 million women worldwide by 2025 to fulfill their economic potential, and in doing so, create conditions for increased stability, security, and prosperity for all.

Twenty-five female entrepreneurs, either with an idea or a start-up business in the science, technology, engineering & mathematics (STEM), as well as commercial and creative fields started the six-month program which will explore the fundamentals of business through the DreamBuilder program, including creating business plans and raising capital, with the goal of building a better future for families and communities.

Mmabatho Makiti, founder of DreamGirls Academy, was very excited about the launch of the program.

“We received over 1800 applications for the program,” she said. “My friends and I started DreamGirls Academy with the intention of empowering young females because we know we are who we are because of a woman who invested in us and this relationship was so fitting with the U.S. Embassy because they are interested not only in investing in women, but in people as a whole.”

The program also kicked off with a panel discussion that featured Founder of Womanomics Rehema Isa, Jean Chawapiwa, SA Country Director for WEConnect International as well as Zola Bushala from the creative entrepreneurship hub J&B Hive.