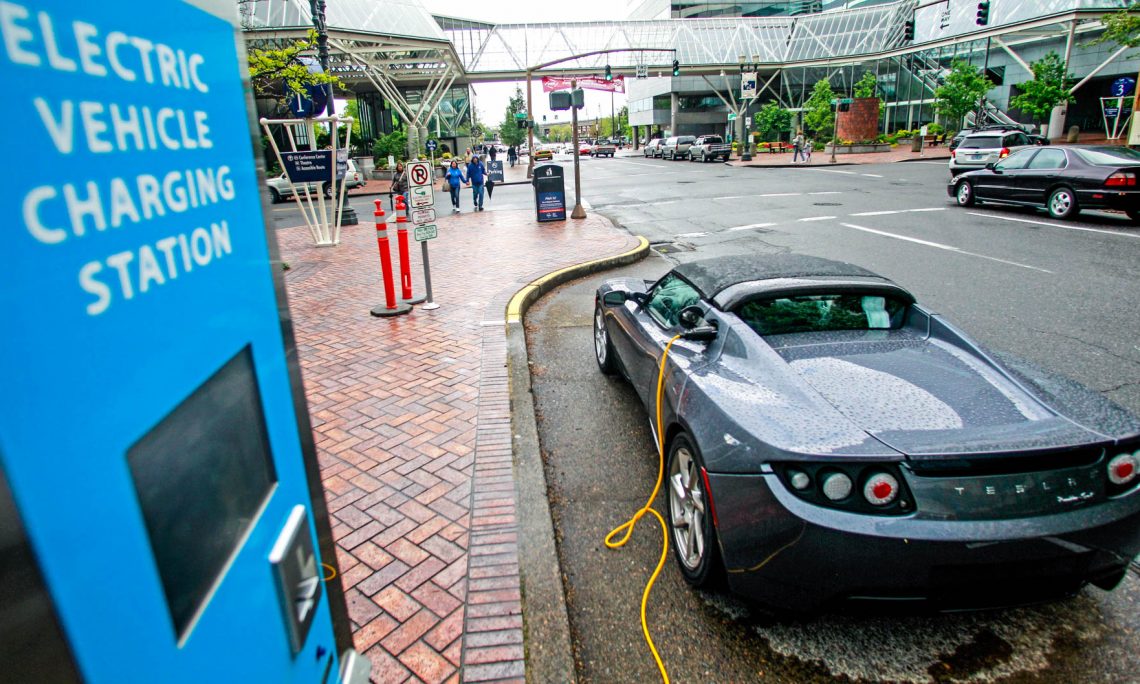 Electric cars such as this Tesla Roadster could soon make up most of the traffic on city streets by 2030. (© AP Images)

Electric cars such as this Tesla Roadster could soon make up most of the traffic on city streets by 2030. (© AP Images)

City streets could sound a lot different in the near future, as the roar of internal combustion engines is replaced with the hum of electric vehicles. Up to two-thirds of all cars in Chicago, Singapore and London could be electric by 2030, according to a new report.

The reasons? The falling cost of the technology that powers electric cars, stricter emissions regulations and the growing “cool factor” of all-electric vehicles.

“The automotive sector faces a future that could be fundamentally different from its past,” according to a recent report by Bloomberg New Energy Finance and consulting firm McKinsey & Company.

What’s speeding up electric car sales?
• The cost of lithium-ion batteries that power today’s electric cars has plummeted 65 percent since 2010, and the batteries are expected to cost one-third of today’s prices within 10 years.
• Growing electric infrastructure such as charging stations and the designation of high-pollution urban areas as “low emission zones” are already changing the makeup of cities.
• While electric cars may be out of reach for most now, Tesla founder Elon Musk has made the company’s patents open-source to encourage competition. Tech companies, along with car companies such as GM and Ford, are working on autonomous electric cars.

The report finds all three factors in play in densely populated, high-income cities, making them most likely to be the first with a majority of e-vehicles on the road.

When will the tipping point come for electric cars?