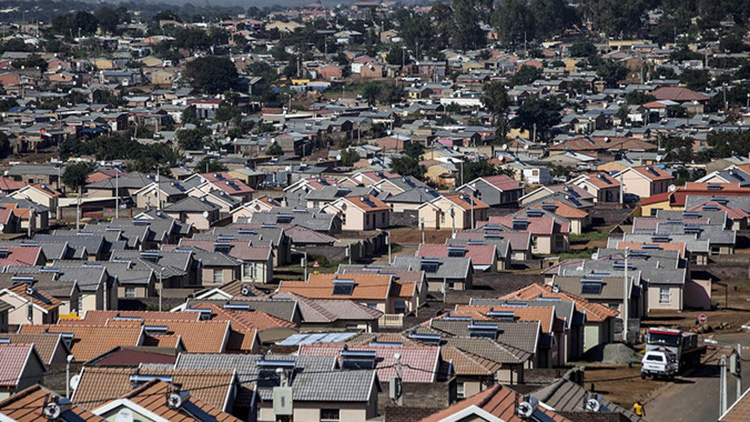 This Earth Day, with the signing of the Paris Agreement, is truly a cause for hope, writes the United States ambassador to South Africa.

“To my compatriots, I have no hesitation in saying that each one of us is as intimately attached to the soil of this beautiful country as are the famous jacaranda trees of Pretoria and the mimosa trees of the Bushveld.” – Nelson Mandela at his inauguration

As people around the globe observe Earth Day on April 22, world leaders are making history at the United Nations in New York. More than 100 countries will sign the Paris Agreement on climate change, representing their commitment to join it formally.

This marks a turning point in the story of our planet and may set a record for the largest number of signers to an international agreement in a single day. Moreover, last month, President Barack Obama and President Xi Jinping announced that the United States and China will sign the Paris Agreement on April 22 and formally join it this year.

We are confident other countries will do so too, with the intention of bringing this historic and ambitious agreement into force this year.

A greener future is already in sight. Leaders of countries and cities are adapting and innovating to move away from fossil fuels, and business is investing in a clean energy economy. The US is moving forward in its commitment to cut greenhouse gas emissions by between 26% to 28% from 2005 levels by 2025.

We Americans are doing this by applying the most stringent fuel economy standards in our history, by increasing our solar energy generation twentyfold since 2009, and by proposed rules on everything from energy conservation standards for appliances to reductions in emissions of methane-rich gas from municipal solid waste landfills.

In my home state of New York, billions of dollars have been invested in cleaner, greener energy technologies. The state’s goals are ambitious, including a 40% reduction in state-wide emissions and 50% electricity generation from renewable sources – both by 2030.

At the local level, New York City is leading the charge and has already achieved a 19% reduction in citywide emissions since 2005 alone. Through its new Climate Change Adaptation Task Force, New York City is enhancing the protection of its coastal and critical infrastructure by making it resilient to climate-related events such as Superstorm Sandy, which ravaged New York’s coastline in 2012.

Mayor Bill de Blasio has set the city’s own target for reducing emissions at 80% lower by 2050 than 2005. Similarly impressive efforts are underway across the US at both the state and local levels.

Although we are taking significant climate action domestically, the US is also focused on international co-operation to address this global challenge. Our $500-million contribution last month to the Green Climate Fund (GCF) – the first tranche of the $3-billion US pledge to the fund – will help developing countries reduce carbon emissions and prepare for the effects of climate change, while also advancing our commitment to achieving the sustainable development goals – another major landmark agreement the world came together on last year.

One of the most successful environmental agreements of all time is the Montreal Protocol, which is phasing out ozone-depleting substances globally. It set the ozone layer on a path to recovery and prevented tens of millions of cases of skin cancer among other health, environmental and economic benefits. Hydrofluorocarbons (HFCs), which replace many of the ozone-depleting substances, do not harm the ozone layer, but they are greenhouse gases that in some cases can be thousands of times more potent than carbon dioxide. The US is working with partners to adopt an HFC reduction amendment to the Montreal Protocol this year, which could avoid a 0.5°C warming by the end of the century.

We also need international co-operation to change how we transport ourselves and goods. The aviation sector is responsible for 2% of the world’s total greenhouse gas emissions. The International Civil Aviation Organisation is aiming to achieve carbon neutral growth for international aviation by 2020.

South Africa has taken some impressive steps to help achieve the goals set out in Paris. For example, its renewable energy independent power producers procurement programme is a model for catalysing the power of the private sector to address climate challenges. American companies, the largest group of investors in this programme, have poured more than $300-million to date into projects in South Africa.

The impressive technological advances and rapidly decreasing costs of solar and wind power generation will allow South Africa to pursue economic development and a cleaner energy system at the same time. The US government itself is directly responsible for investing $400-million in the 100-megawatt Redstone concentrating solar power project in the Northern Cape.

As we build a stronger partnership with South Africa, we will achieve our shared climate change goals. Together we can do so much more – climate mitigation, research and adaptation, protecting and useshared ocean resources, and conserving South Africa’s biodiversity.

This Earth Day, with the signing of the Paris Agreement, is truly a cause for hope. It is also a reminder of our shared commitment to combat climate change. We must all seize on the momentum from Paris to build a clean energy future for ourselves, our children and grandchildren.