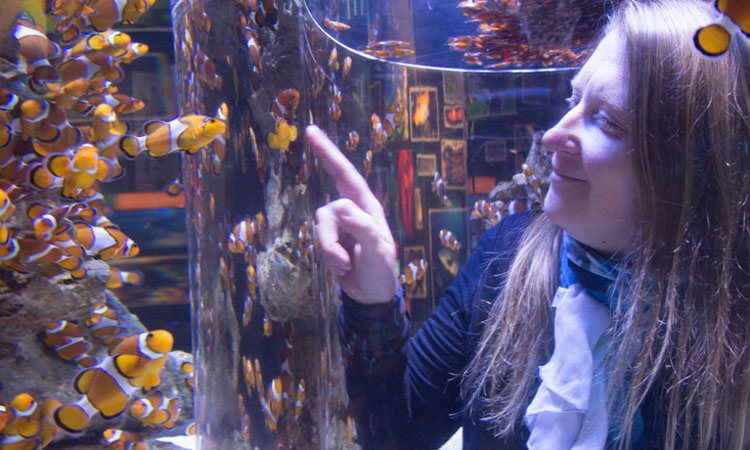 The U.S. Mission to South Africa hosted Dr. Jenna Jambeck, an expert on plastic waste from the University of Georgia, for meetings with environmental leaders, local government officials, academics and members of the public in three provinces along South Africa’s coastline July 9-18, 2017.  She travelled to Port Elizabeth, Plettenberg Bay, Hermanus, Cape Town and Durban this week.

Dr. Jambeck’s visit was part of the U.S. Embassy’s support of South Africa as a regional leader in addressing marine debris through building scientific research and promoting capacity building.  Dr. Jambeck and other U.S. Government experts participated in a conference in Port Elizabeth, organized by the Sustainable Seas Trust (SST), on the newly-launched African Marine Waste Management Network and efforts to draft a Pan-African marine pollution strategy July 9-13, 2017.

On July 14, she visited the Plettenberg Bay’s Hope Spot Committee to talk about solutions to reduce plastic inputs from land into the ocean.  Dr. Jambeck traveled to Gansbaai on July 17 where she visited the Dyer Island Conservation Trust’s African Penguin Sanctuary and took 67 minutes to mark Mandela Day by helping to clean-up and record trash with volunteers from Shark Watch SA at a beach near Danger Point lighthouse.

Dr. Jambeck toured a landfill site and recycling center in Hermanus, and spoke with young about pursuing careers in engineering and science.  Her southern Cape visit ended with a public lecture at the Hermanus Civic Auditorium where Overstrand Deputy Mayor Dudley Coetzee introduced her talk, “Plastic waste inputs from land into the ocean,” hosted by the Cape Whale Coast Hope Spot Committee.

On July 18, Dr. Jambeck participated in a panel discussion at the Two Oceans Aquarium in Cape Town.  She spoke about global and local solutions to plastic pollution in our oceans.  “It may be easier to have policy changes happen at the municipality scale or community scale and grow [changes] from there,” said Dr. Jambeck.  “That is perhaps a strategy I am putting out there for folks, if they think about initiatives at a smaller scale and grow them larger.”

Also on July 18, Dr. Jambeck participated in a panel discussion at the University of KwaZulu-Natal, Westville Campus: Ocean Pollution –The Impact on the Environment and Health.  The event was attended by Academy of Science of South Africa (ASSAf) members, and specialists from the Council of Scientific and Industrial Research (CSIR), from the Ethekwini council, and local NGO’s.

On July 19, Dr. Jambeck conducted a presentation at the Durban City Hall on “Sustainable and Innovative Waste Management Practices.”  The event was attended by members of Ezemvelo KZN Wildlife-Sciences Services, KZN Department of Economic Development, Tourism and Environmental Affairs, Department of Environmental Affairs and number of local NGO’s in the province of KwaZulu-Natal.  She also had a round table discussion with KwaZulu Natal Sharks Board staff.

On July 20, she visited the eThekwini Waste Materials Recovery Industry Development Cluster plastic recycling facility, which was followed by a meeting with Chris Whyte, the Managing Director of USE-IT, who is currently working with an American consortium under a signed agreement with the City of Durban to assess feasibility planning for waste to energy options for the city.

On July 20, Dr. Jambeck and a team of researchers published their findings in the journal Science Advances showing that “humans have created 8.3 billion metric tons of plastics since large-scale production of the synthetic materials began in the early 1950s, and most of it now resides in landfills or the natural environment.”  The same team of researchers led a 2015 study published in the journal Science that calculated the magnitude of plastic waste going into the ocean.  They estimated that eight million metric tons of plastic entered the oceans in 2010.  “There are people alive today who remember a world without plastics,” Jambeck said.  “But they have become so ubiquitous that you can’t go anywhere without finding plastic waste in our environment, including our oceans.”

Dr. Jambeck is an Associate Professor in the College of Engineering at the University of Georgia (UGA).  She has been conducting research on solid waste issues for 20 years with related projects on marine debris since 2001.  She also specializes in global waste management issues and plastic contamination.  Her work on plastic waste inputs into the ocean has been widely recognized by the global community and translated into policy discussions by the Global Ocean Commission, in testimony to U.S. Congress, G7, G20, and the United Nations Environment program.  She has won awards for her teaching and research in the College of Engineering and the UGA Creative Research Medal, as well as a Public Service and Outreach Fellowship for 2016-2017. In 2014 she sailed across the Atlantic Ocean with 13 other women in eXXpedition to sample land and open ocean plastic and encourage women to enter STEM disciplines.  This trip translated into extensive outreach on this issue around the globe at speaking events.  She is co-developer of the mobile app Marine Debris Tracker, a tool that continues to facilitate a growing global citizen science initiative.  The app and citizen science program has documented the location of over one million litter and marine debris items removed from our environment throughout the world.