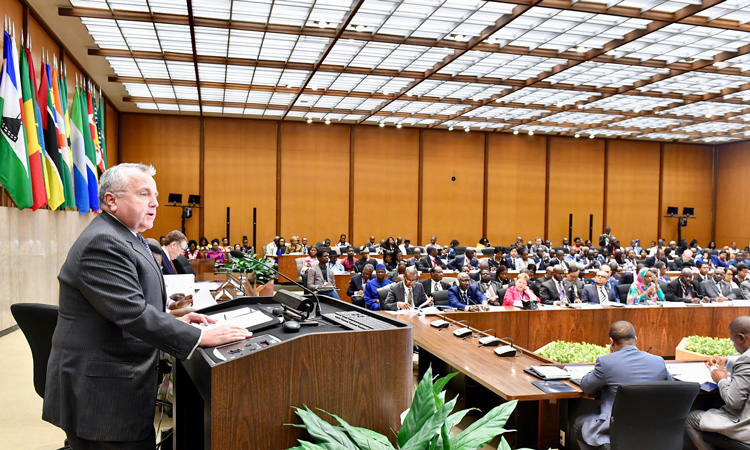 Deputy Secretary of State John J. Sullivan traveled to South Africa from March 13 to 16, 2019. His visit focused on promoting U.S. trade and investment, as well as advancing peace and security, including with respect to the humanitarian crisis in Venezuela. Throughout the trip, the Deputy Secretary affirmed the United States’ longstanding and wide-ranging commitment to Africa as he engaged with government officials, representatives from the business community and civil society, youth leaders, and U.S. Mission personnel.

During his visit to Johannesburg and Pretoria, Deputy Secretary of State John J. Sullivan met with South African business leaders and experts to discuss priority economic issues in South Africa, including enhancing the business climate to create conditions for greater U.S. commercial engagement. Deputy Secretary Sullivan welcomed the opportunity to engage directly with these economic and business thought-leaders on issues that affect the U.S.-South Africa trade and investment relationship.

Deputy Secretary Sullivan also discussed the importance of ensuring a level playing field for business with South African Minister of Trade and Industry Rob Davies. The Deputy Secretary noted that South Africa is the United States’ most developed trade and investment partner on the continent and underscored that U.S. business brings long-term benefits for South Africa and South Africans.

They also discussed regional and global peace and security, including developments in Zimbabwe, Venezuela, Iran, and North Korea. The United States and South Africa pledged to continue pursuing their shared goals of peace and prosperity on the African continent and around the world.

Meeting With YALI/IVLP/CCI Alumni
Deputy Secretary of State John J. Sullivan met with young South Africans who have participated in U.S.-funded professional and academic exchange programs including the Mandela Washington Fellowship, the International Visitors Leadership Program, and the Community College Initiative program. Deputy Secretary Sullivan was delighted to engage directly with these current and future leaders in politics, business, and entrepreneurship on the issues that affect their lives and the significance of their U.S. experience. 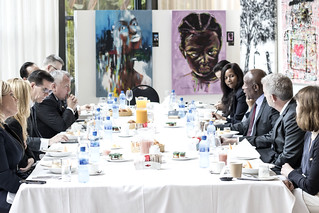