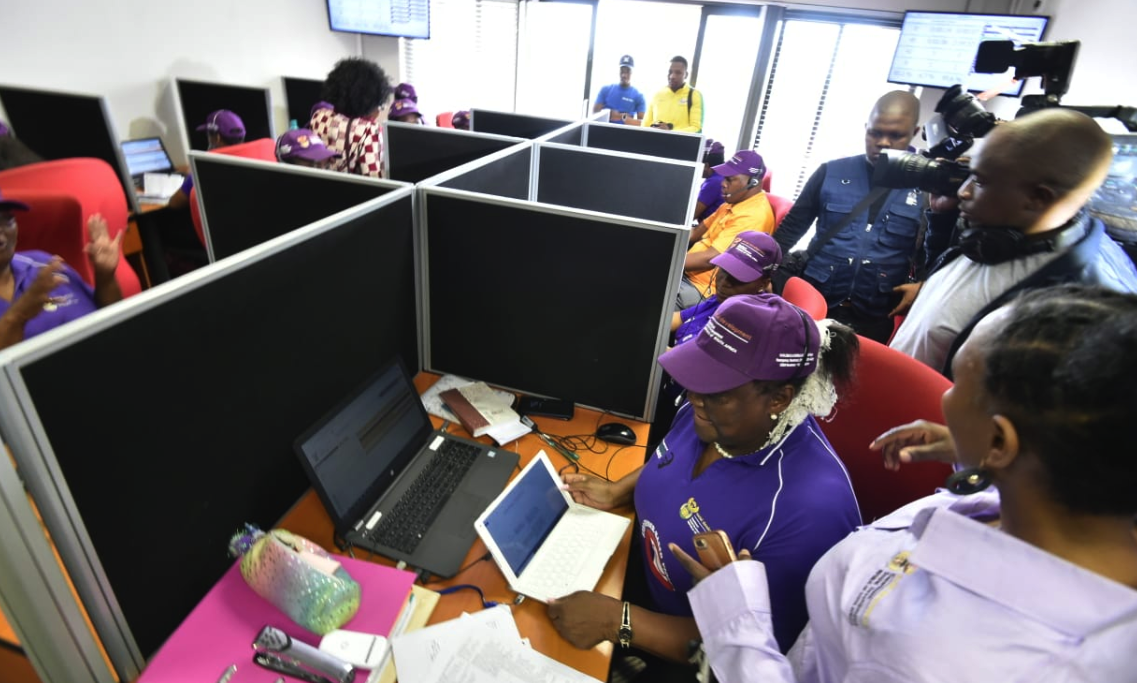 The Embassy partnered with the department of social development to train social workers at the national Gender-Based Violence Command Centre and to better equip them to counsel men at risk of committing these types of crimes.

For far too long, women around the world have endured violence, sexual harassment and discrimination. It is chilling to wake up to weekly news of missing daughters, assaults and murders. You’ve seen their faces on TV and have heard their tragic stories.

Karabo Mokoena. Reeva Steenkamp. Precious Ramabulana. Noxolo Xakeka. Countless others don’t make the news. Violence against women affects everyone — regardless of age, class or race. It is a scourge on our society and a barrier to achieving our goals.

In the United States, we’ve recently seen the rise of several movements addressing women’s safety and security, and have witnessed the effect this has had on changing the public conversation about women’s empowerment and gender-based violence around the world. It has elevated global consciousness about the abuse, discrimination, misogyny and obstacles that women encounter in their daily lives, personally and professionally. Entertainers, journalists, athletes and many others have lent their voices to the movement and are holding their industries and communities accountable.

As women, mothers, daughters, sisters and aunts we alone cannot stop violence on the basis of gender. We need men, fathers, sons, brothers and uncles to stand with us to oppose the violence against women and girls; to advocate for women and girls as they would for men and boys; and let the world know that inequality and violence are unacceptable.

We must begin these conversations in our own homes and schools. We need a comprehensive approach, from the government to the grassroots level, from the public sector to the private sector, and from the community to the individual.

This is why we at the US Mission to South Africa say “#CountUSin”. We have supported and will continue to support efforts to end gender-based violence and promote women’s empowerment in South Africa. And we will include boys and men in these efforts, for they are affected when their sisters, daughters and mothers are abused and are undoubtedly a critical part of the solution.

In co-operation with the South African government and community organisations, the US government has increased resources for survivors of gender-based violence to expand their access to justice. The US Agency for International Development (USAID) has invested more than R19-million to support South Africa’s reinstatement of the specialised sexual offences courts to hold perpetrators accountable for their crimes. We’ve also partnered with the department of social development to train social workers at the national Gender-Based Violence Command Centre and to better equip them to counsel men at risk of committing these types of crimes.

In addition to holding perpetrators accountable, we must empower women and youth to build a more inclusive and just future. This is one of my top priorities as the senior US diplomat in South Africa. I know full well what women can achieve when they have access to education, economic opportunities, support networks and mentors.

The role mentorship can play in the lives of women from all walks of life can never be underestimated. But mentorship goes beyond creating networks and building careers; it is about being there when a young woman needs it most, whether it be after experiencing sexual violence or simply navigating the difficult terrain of adolescence.

Through USAID, we are supporting the South African government’s plan to expand and strengthen the Thuthuzela Care Centres to empower sexual violence survivors through comprehensive medical, legal and social services.

And through the US President’s Emergency Plan for Aids Relief, we are striving to develop determined, resilient, empowered, Aids-free, mentored and safe young women through the Dreams programme.

As many as 1 400 girls and young women contract HIV each week in South Africa. They remain the most vulnerable to HIV infection and unplanned pregnancies, in part because of sexual violence. Through Dreams, girls and young women participate in a broad combination of activities to reduce their risk and help them lead healthy, empowered lives. When I met with a few of our Dreams ambassadors last week, these inspiring young women told me that their Dreams participation had helped them to become more self-confident, led them to develop positive goals and enabled them to teach their friends and family about the risks of HIV, as well as the importance of healthy decision-making.

I believe that through the continued partnership between our governments, grassroots organisations and our everyday citizens, we can not only reduce the rate of gender-based violence but also empower more women and create a brighter future for all South Africans. You can #CountUSIn.