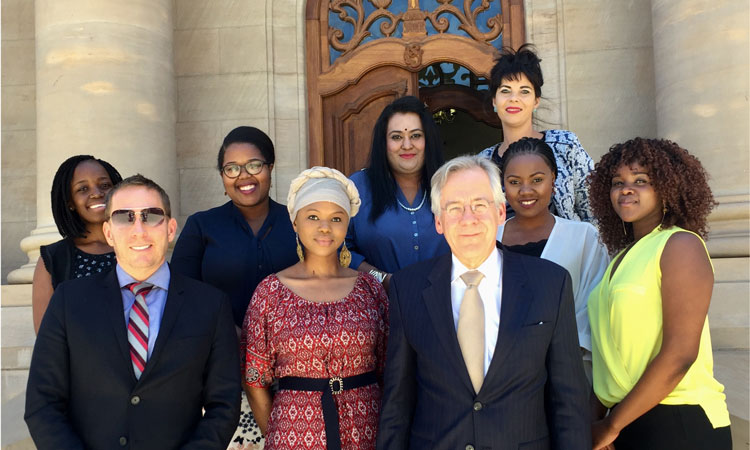 Mr. Jeffrey Minear, Counselor to Chief Justice of the United States John G. Roberts, Jr., was in Bloemfontein last week as part of a U.S. Consulate General in Johannesburg visiting speaker program.  Mr. Minear visited the Supreme Court of Appeal, where he met with legal researchers, Court administrative staff, and judges to discuss best practices in court administration and explain the structure and function of the U.S. Supreme Court and U.S. Court of Appeals.  Mr. Minear also met with the law dean and faculty at the University of the Free State to discuss his role in the U.S. Supreme Court and trends in South African law schools.

The U.S. Department of State is sponsoring Mr. Minear’s travel to South Africa this month to engage with the judiciary, legal professionals, and students about court management systems. Mr. Minear is a veteran government lawyer and Supreme Court litigator, having argued 56 cases in front of the U.S. Supreme Court prior to his appointment as Counselor to the Chief Justice in 2006.  He likens his job to that of a Chief Operating Officer or Chief of Staff, leading the U.S. Supreme Court’s budget, planning, and research support