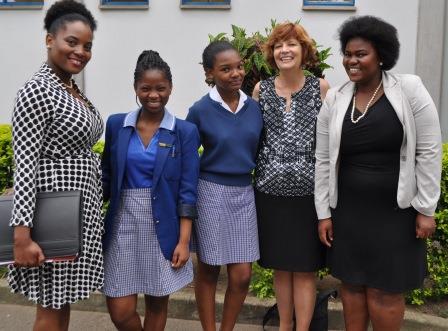 This organization works to reduce the number of young teens engaged in sexual activity, the high incidence of HIV among teenagers, early pregnancies, and lack of knowledge about sexual reproductive health.  Hope2Educate also works closely with the schools where they implement their programs and provides teachers with support through counseling and guidance.

The Consul General encouraged female learners in the peer educator program to continue giving positive messages to their peers and being role models to other young people.