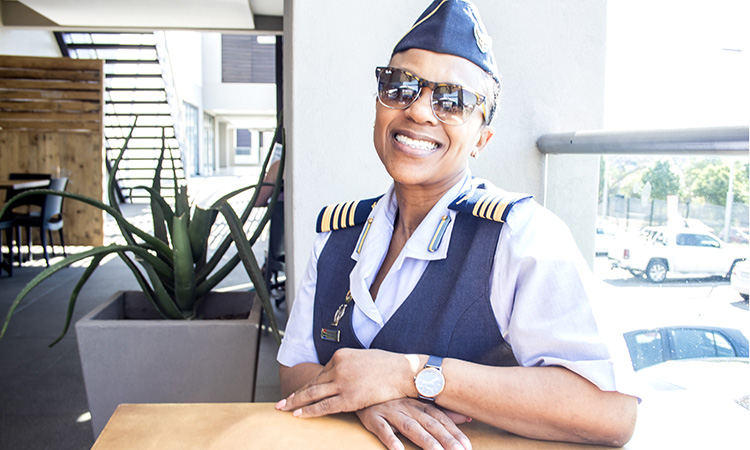 COLONEL Zoleka Niyabo is the first South African female officer to do a Master’s Degree in Strategy program in the U.S.

A one-time teacher has risen through SANDF ranks, breaking gender boundaries and earning a Master’s degree, supported by the International Military Education and Training (Imet) program which is funded by the US government and presented in partnership with the SANDF.

COLONEL Zoleka Niyabo is spreading her wings in the military. And with the feather of first South African woman to get a Master’s degree in strategy added in her cap, she can fly even further.

COLONEL Zoleka Niyabo is the first South African female officer to do a Master’s Degree in Strategy program in the US.

“It is good that we can send a woman overseas because the military is a man’s world. It is still very much dominated by men,” says Niyabo, who never really thought she’d be a soldier.

All she had was her brain, hunger, and willingness. The high-ranking military officer was selected as the first female officer to undertake the Master’s program in the US, the equivalent of local Security and Defence Study Program. She graduated top of her class with a distinction in strategy, the main module. She also became the first African officer to reach such heights, having been the only female officer out of 43 international officers attending.

Speaking about her journey and opportunities offered within the SANDF, Niyabo says she worked her way up. This was after she discovered that her heart was not in teaching, which she did for a year. “I was only 21 and I was a teacher at Tech Thembelihle Comprehensive School in Port Elizabeth, New Brighton, an area where I grew up.
“I didn’t really enjoy it, as I was teaching children from the same area. At 21, I was teaching some who were 18 as it was a technical school, so I was not regarded as a teacher, really.

“I integrated into the military in 1998, when they were integrating the old SANDF with other political formations. I was 22 and I had been a teacher for a year… I rose through the ranks of lieutenant, captain and so on.” Niyabo says that before then, she didn’t know women could join the military. She was born in 1975 and had never seen a black officer in the military.
“I didn’t know about the opportunities until after 1994 when we were introduced to those opportunities. “I did my degree through SANDF with Unisa… In 2010, I was nominated to go on a course while I was a lieutenant.”

Fast forward to 2017, when the 43-year-old mother of one enrolled for a fully-funded International Military Education and Training (Imet) program. Imet is funded by the US government and presented in partnership with the SANDF.

Taking stock of her journey, Niyabo says being the first woman to join the programme was special. She believes there is transformation in the military, although it is very slow.
“Emotionally, this wasn’t easy for me as a mother because I left behind my 5-year-old daughter. For men, it is acceptable to chase their dreams, but for us, you feel guilty.
“Some days I’d be feeling down because some days I’d be calling her and she would be crying. “There’s this added pressure that you don’t want to disappoint your country. For me there was even an added pressure.