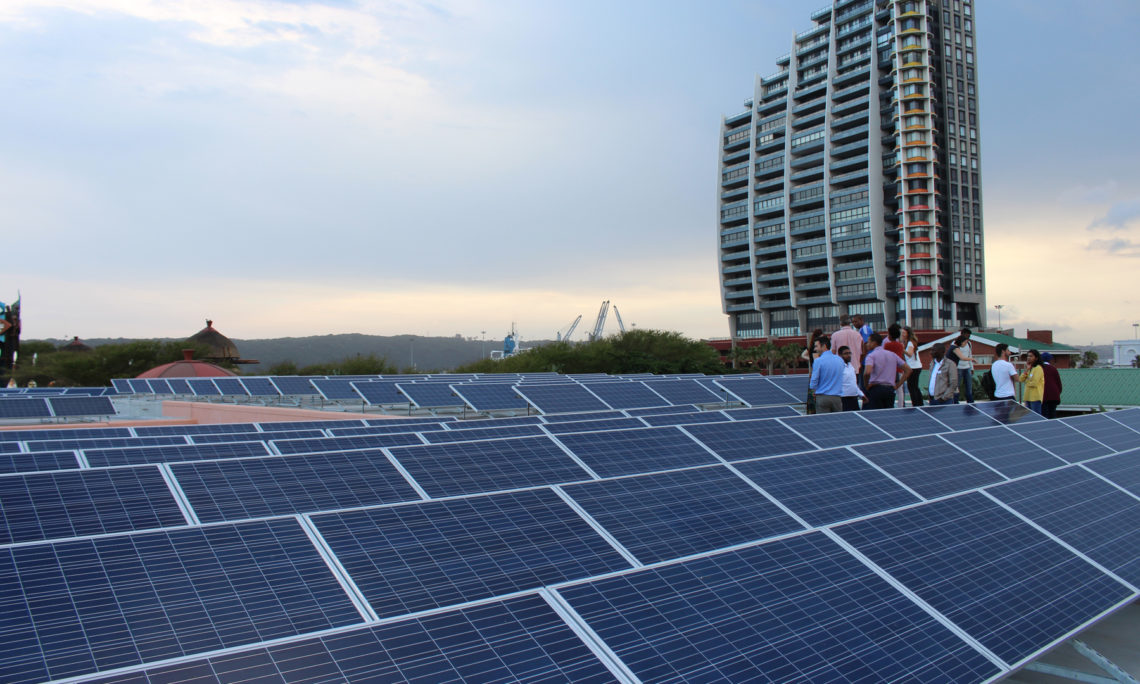 Switching to clean energy takes preparation, but the results can bring jobs and other benefits to communities and reduce harmful air pollution.

That’s why USAID has been partnering with the government of South Africa to assess the best approaches for municipalities, to give technical assistance, and to connect viable green-energy projects with private financing.

Nelson Mandela Bay Municipality in the Eastern Cape prioritized clean energy with its Green Initiatives program, which encompasses energy-efficient lighting, waste and water management, and solar energy. The municipality’s solar project began in 2009 when solar water heaters were installed on rooftops. By 2011 more than 39,000 homes were equipped with the water heaters.

New projects bring jobs. “The ultimate aim is to support the South African government, and municipalities in particular, in accelerating green growth in line with South Africa’s development plans,” says USAID program manager Graham Paul. “Even though we have a low-greenhouse-gas-emissions ― or ‘green’ ― focus, it ultimately results in economic growth.”

The USAID program also helps development of more efficient, environmentally sound waste management. Landfills are sources of some of the most harmful emissions. The Blue Karoo aquaculture project in Dr. Beyers Naudé Local Municipality, for example, is getting technical assistance to explore using fish waste as potential biogas. USAID is supporting investment in the aquaculture program, expanding it, and helping to create jobs in the area.

Christelle Beyers, a USAID low-emissions project development specialist, says, “This small project has already created 4,000 jobs in an area where about 40 percent of the population lives below the poverty line.”

While the scope of the first phase of work on such projects has involved feasibility studies and developing local technical expertise, Beyers says they are now focused on “co-benefits” ― jobs, environmental impact, and lifting up youth and women.

Women frequently head households and are sole earners in the Eastern Cape, so giving them tools to earn is critical. “If we train women, that’s where the magic happens,” Beyers says. “From local saving plans to integrating new technology into the community, it’s amazing what they’ve done.” Women also bring younger family members into the workplace, which helps stem the flow of young people to the cities.