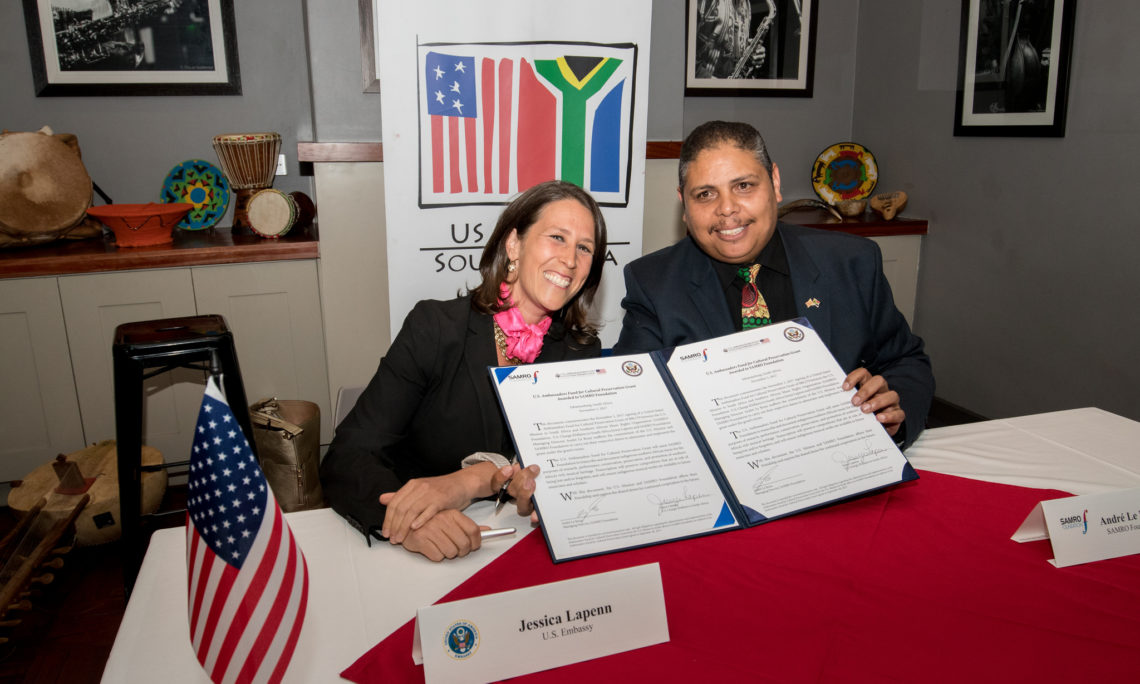 The SAMRO Foundation was selected to receive the grant following a worldwide competition for funds provided by American Chiefs of Mission in more than 100 countries to support the preservation of cultural sites, cultural objects, and forms of traditional cultural expression.

The SAMRO Foundation will use the grant to complement the work of SAMRO Music Archive’s I AM project, which will focus on transcribing and documenting indigenous southern African music for purposes of research, performance, conservation, preservation and promotion of southern Africa’s rich musical heritage.  Transcription will preserve compositions at risk of being lost and/or forgotten, and ensure indigenous musical works are available to future musicians and scholars.

Chargé d’Affaires Lapenn said, “I am incredibly proud of the Ambassadors Fund for Cultural Preservation. It is an amazing State Department program that lets us work across national, linguistic, and ethnic lines to preserve the very best of human creativity, ingenuity, and imagination for our children and children’s children. It shows America’s commitment to protecting cultural patrimony around the world, for the world.” The U.S. Embassy has supported 13 projects across the country worth nearly $1million.

Speaking at the signing ceremony, SAMRO Foundation’s Le Roux said: “Today, we are proud to partner with the United States Embassy in commencing a project that will help us remember who we are. We are grateful for this opportunity and we will not stop. This is the beginning of a project and journey for the SAMRO music archive.”

More information about the AFCP may be found at https://eca.state.gov/cultural-heritage-center/ambassadors-fund-cultural-preservation