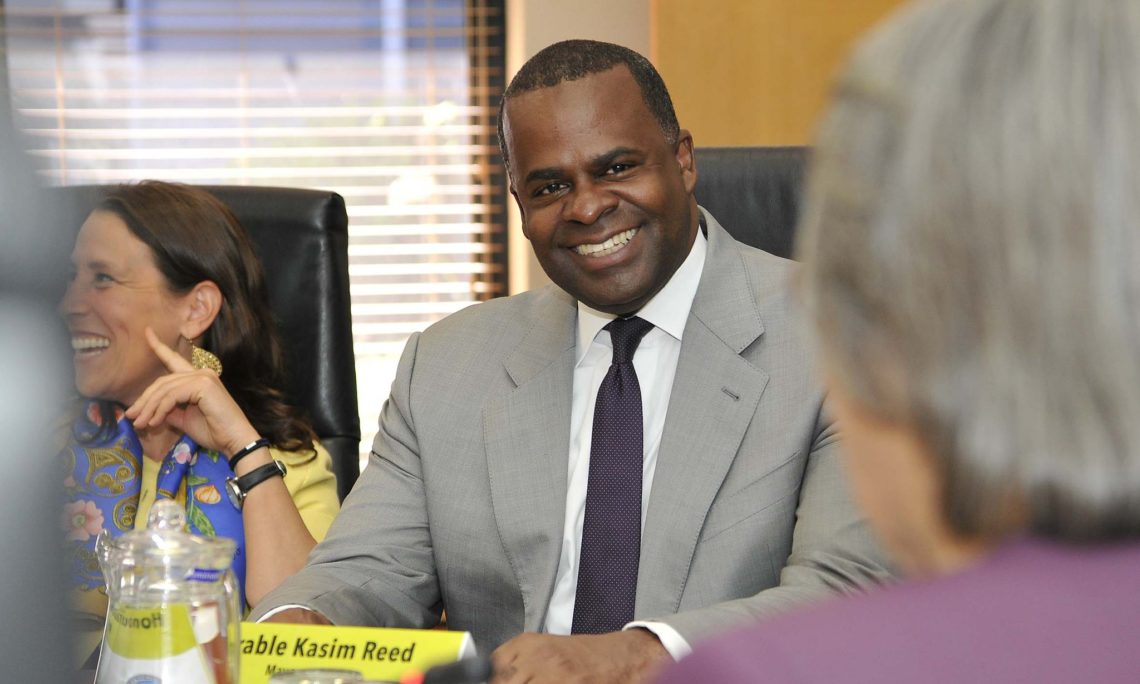 U.S. Consul General to Cape Town, Teddy Taylor, hosted the two mayors at his residence and welcomed government, civil society, and business leaders to a dialogue about “Empowered Cities” at the American Corner in Cape Town. Chargé d’Affaires Jessye Lapenn traveled to Cape Town to participate in a meeting with the two mayors and greet members of the business community who attended a reception at the Consul General’s residence that evening.

During his visit, Mayor Reed said the City of Cape Town was a strategically important international partner for the City of Atlanta. “Our cities share the same growing entertainment and entrepreneurial industries and face the same issues pertaining to urban development,” he said. Reed and his delegation visited GreenCape, the Cape Town Film Studios, and Cape Innovation and Technology Initiative.

Mayor De Lille said the value of working closely with other mayors around the world was that workable plans could be shared instead of reinventing the wheel over and over again as individual cities. “When cities are empowered, things can happen and change more quickly than the national or provincial level.”

In October 2016, De Lille visited Atlanta to exchange ideas on ways to strengthen the two cities’ relationship. The two mayors signed a Letter of Intent where they committed to develop cultural and economic relations and promote further U.S. and South Africa partnerships.

Mayor De Lille said Cape Town was committed to promoting the development of trade and investment relations and to fostering cultural, educational and tourism cooperation.

Mayor Reed said, “Being a mayor or working in public sector is about as close as you will get to being a superhero, because it’s all about making the city a better place for the people who live there.”

Suggested for You
TwitterFacebookInstagram