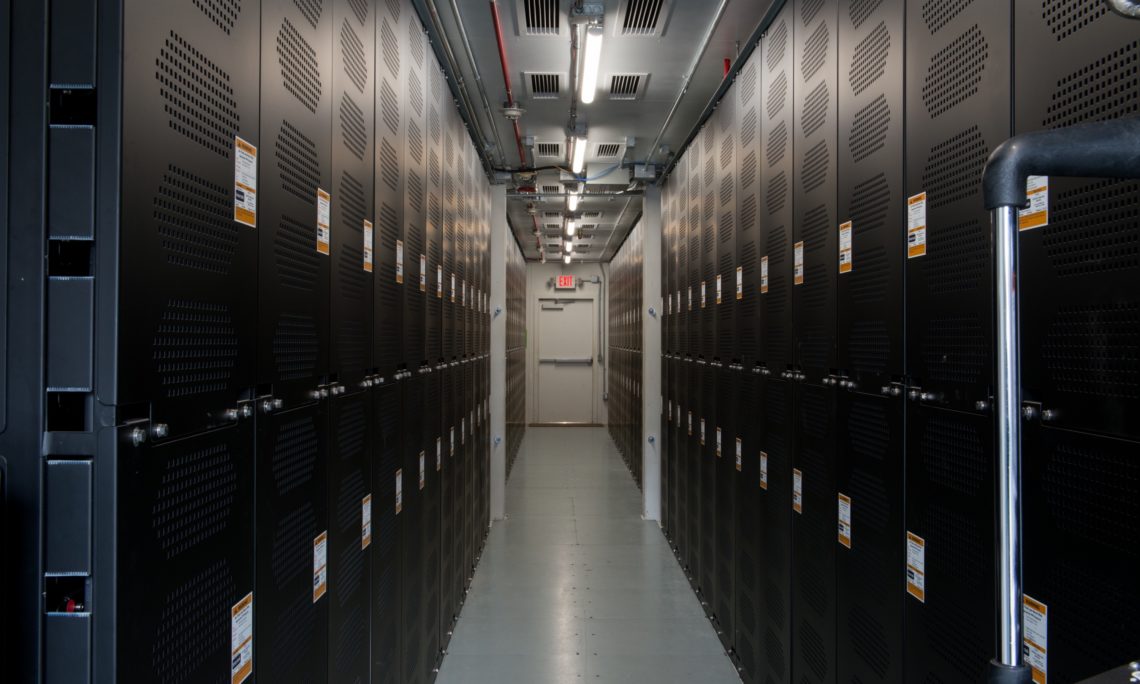 The 3-month-long Aliso Canyon storage breach saw nearly 100,000 metric tons of gas escape into the atmosphere between October 2015 and February 2016 — and resulted in the shutdown of the facility. Officials were worried. California derives much of its electricity from natural gas–fueled turbines. The loss would be felt.

To preserve power grid reliability, the California Independent System Operator commissioned an unprecedented ramp-up of energy storage. Within 88 days of that order, the Tesla-built Mira Loma Battery Storage Facility was up and running.

Now, two 10-megawatt modular units store wind and solar energy for later use near the Southern California Edison (SCE) Mira Loma substation in Ontario. The units are utility-scale Tesla Powerpacks. Until now smaller versions have been used in homes and vehicle charging stations.

“This project is exactly in line with our mission to accelerate sustainable technology and sustainable energy broadly for the world,” Tesla Chief Technical Officer JB Straubel said at the January ribbon-cutting ceremony at the facility.

Besides the lithium-ion battery storage facility, Southern California Edison operates two hybrid battery storage and enhanced gas turbine peaker systems, one in Norwalk and one in Rancho Cucamonga, near Los Angeles. Peaking power plants, or “peakers,” kick in when demand is high, or peaks, and the grid needs extra power.

“This is the world’s first for a plant of this type. We are marrying battery storage with peaking generation,” said SCE President Ron Nichols.

The hybrid facilities were built by GE (General Electric), which is an energy industry leader in building and using renewable energy technologies.

The battery storage push, coupled with supplementary energy from third-party sources, seems to be working. Vibhu Kaushik, SCE principal manager for asset management and generation strategy, says that so far, “the batteries are performing as expected.” They are supporting electric grid reliability.

SCE is actively experimenting with energy storage applications. The Tehachapi Energy Storage Project was the largest demonstration in North America when it was started. It is near a major wind generation hub, and can power 6,000 homes for four hours. Although the project demonstration phase is over, the facility will continue to support the local substation.

Another pilot, Distributed Energy Storage Integration I (DESI I) in Orange, supports the distribution grid, helping with reliability at peak energy usage periods. Such lithium-ion battery storage facilities can be deployed strategically, where needed.

These battery backup stations may only provide a few hours of electricity, but it is just enough to cover the extra power that may be needed when a generator is starting up to meet demand. Energy storage gives flexibility to manage input from renewable energy sources too, integrating them smoothly with the power grid.

Modular energy storage systems may be strategically placed where the need is greatest. And it doesn’t take long to get them up and running.

The California experiment is adding to the knowledge of grid management — and finding more efficient ways to meet energy demand.