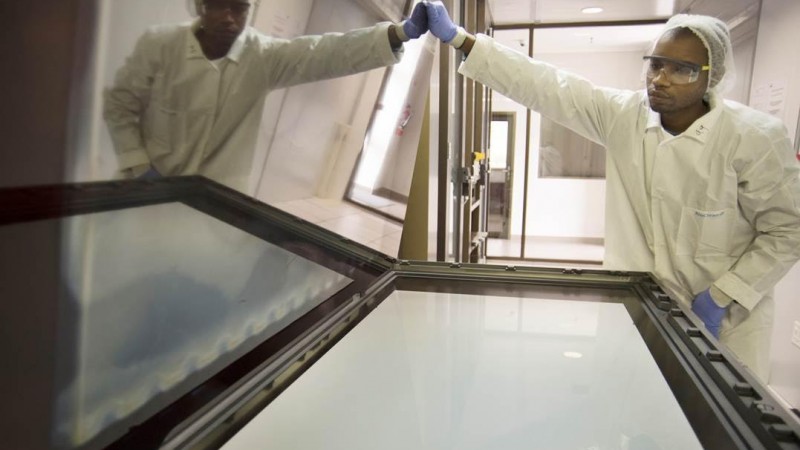 An invention by South African scientist Vivian Alberts that replaces expensive silicon used in photovoltaic solar panels promises to make solar energy more affordable than ever. It’s a thin-film photovoltaic coating for glass that uses no silicon at all.

Alberts announced his discovery in 2007. Now he is poised to build an industrial-scale factory to make thin-film solar modules for the burgeoning solar power market in South Africa and elsewhere.

That’s not the only new solar tech to come out of Stellenbosch, South Africa’s Silicon Valley — as Jeffrey Barbee recounts in his Daily Maverick article “Africa’s Only Solar Panel Manufacturer Shines Brightly.”

South Africa is among the top five fastest-growing renewable energy markets. And South African innovations such as thin-film solar modules and a tracking system used by international solar company Soitec at the Touwsrivier solar plant in Western Cape are grabbing international industry attention.