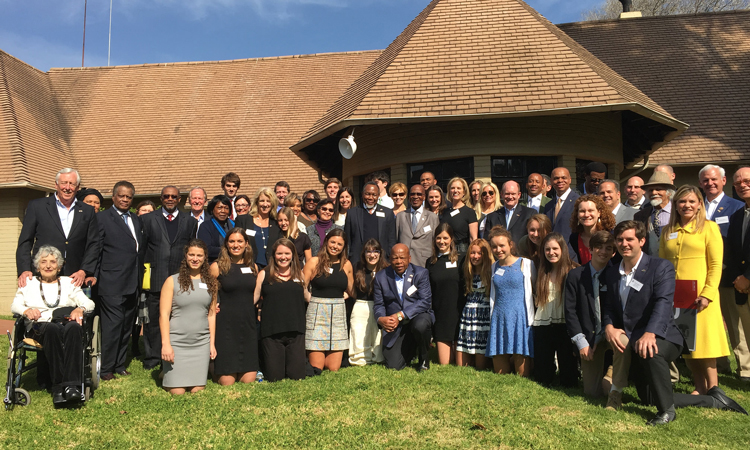 Press Release
Embassy of the United States of America
FOR IMMEDIATE RELEASE
June 2, 2016
For more information: Cynthia Harvey at USEmbassySAPress@state.gov

Ambassador Gaspard said, “Liliesleaf is a place of remembrance and memorialization.  It is a place where we strive to remember the past as accurately and fully as possible, but where we also memorialize those parts that should guide our present and our future.  It is an honor to welcome Kerry Kennedy back to South Africa to commemorate the 50th anniversary of her father, Robert F. Kennedy’s, visit to South Africa in 1966.   Her visit, and that of a large delegation of Members of Congress, gives us an opportunity to honor the history our two countries have shared, and strengthen and enrich the partnership we have built.”

50th anniversary commemorative events have taken place this week across South Africa, including a panel presentation hosted by the University of the Witwatersrand entitled “Ripples of Hope: Robert F. Kennedy’s Historic 1966 Visit to South Africa – Its Significance Then and Now, a visit to the Luthuli Museum in Groutville (where Robert Kennedy met with banned ANC leader Albert Luthuli), and a public screening of the documentary “RFK in the Land of Apartheid: A Ripple of Hope.”  On June 4, Kerry Kennedy will deliver a keynote address at the University of Cape Town, site of her father’s famous speech about individuals rising against injustice and oppression.  For more information about this 50thanniversary commemoration, please follow us on Facebook and Twitter at USEmbassySA and #Ripples2016.