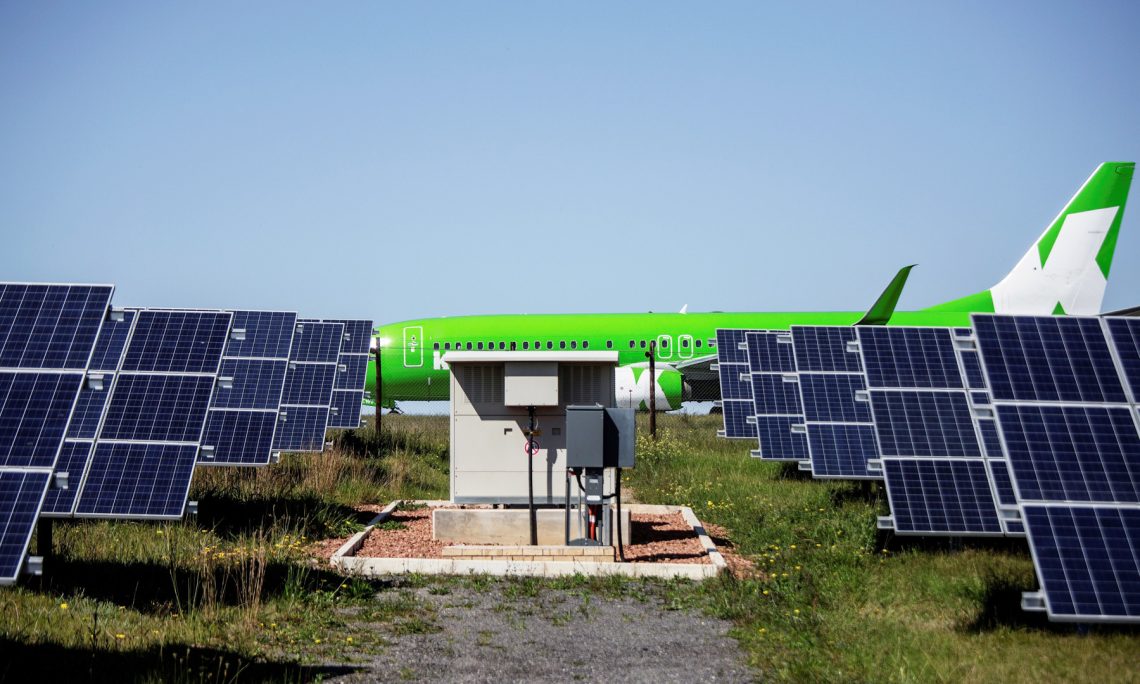 A plane taxis on the George airport runway in South Africa. It’s Africa’s first airport to be powered by solar energy. (© Getty Images)

A plane taxis on the George airport runway in South Africa. It’s Africa’s first airport to be powered by solar energy. (© Getty Images)

Airports around the world are looking sunward to electrify their facilities — and they find it makes good business sense.

George Airport, on the southern coast of South Africa’s Western Cape province, has become the African continent’s first airport and the second in the world to be fully powered by solar energy.

In 2015, India’s Cochin International Airport in Kerala was the first to get all of its electricity from solar photovoltaic panels.

George Airport’s solar panels can produce 750 kilowatts a day — nearly twice the kilowatts needed to run the facility. So this small but busy regional hub sells the excess energy to ESKOM, the national electricity utility company.

The airport’s electricity bill has dropped by nearly half, a savings that boosts the bottom line. Once batteries are installed to store energy for use at night, the savings will be even greater. Solar power has stabilized the energy supply so that the power outages that plague the area are no longer a problem for airport operations.

Despite Western Cape’s variable weather patterns, solar is a success at George Airport. So other airports in South Africa are following suit: Kimberley, Upington and several others, according to Phys.org news.

Likewise, India’s Cochin Airport generates enough electricity to run its operations and to feed electricity back to the grid. Cochin began by installing solar panels on terminals and aircraft hangars. This worked so well that an 18-hectare solar farm was built on adjacent land, which has powered the airport since August 2015.The 12-megawatt solar project cost $9.5 million, but return on investment is expected within six years.

Meanwhile, both Cochin and George airports are eliminating hundreds of thousands of metric tons of harmful carbon emissions that would otherwise be released if the airports relied upon the predominantly coal-fired power grids. Carbon emissions have been shown to accelerate global warming and climate change.

Airports have plenty of real estate and large expanses of rooftop for solar installations. That’s why, increasingly, airports are taking advantage of the falling prices of solar technology and turning it to economic benefit.