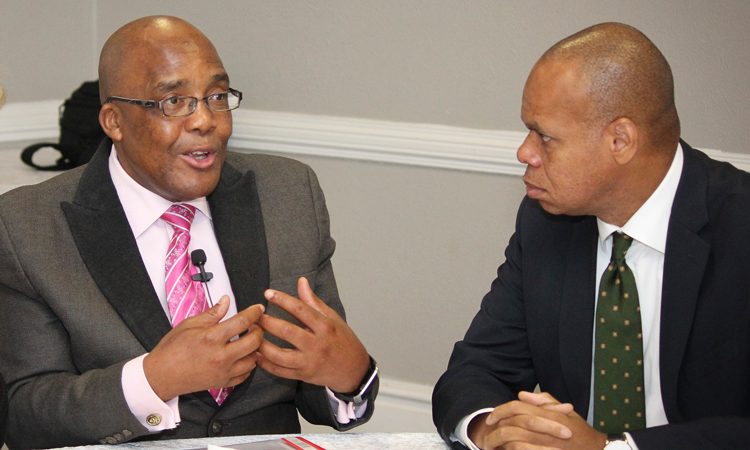 When the International Aids Conference opened in Durban 16 years ago, the challenge seemed insurmountable. Scientists were projecting that half of South Africa’s young people would die of Aids. At the closing of the conference, President Nelson Mandela’s appeal to the delegates was: “Something must be done as a matter of the greatest urgency.”

No country could have met the enormous challenge presented by the HIV epidemic alone. As a result, over a decade ago, the South African and US governments forged an unprecedented partnership to address this scourge head-on. Through incredible commitment and leadership on the side of the South African government, coupled with technical assistance and over $5billion (R70 billion) from the US President’s Emergency Plan for Aids Relief (PEPFAR), South Africa now provides more than 3.4 million people with life-saving anti-retroviral treatment – the largest treatment programme in the world. We have achieved tremendous success in reducing mother-to-child transmission of HIV, increasing HIV testing, and the voluntary male medical circumcision programme across the country.

In 2017, the South African government – with PEPFAR’s support– will provide HIV counseling and testing to more than 13 million South Africans annually, cumulatively have 4.2 million people on HIV treatment, and reach 1.2 million people through prevention activities including HIV awareness, prevention of mother-to-child transmission of HIV, and voluntary medical male circumcision. Our goal is to make the biggest difference in the shortest amount of time.

Due to this remarkable collaboration, millions of lives have been saved. Today, an estimated 6.8 million South Africans are living with HIV. As a result, the Minister of Health recently announced the South African government’s commitment to launch “Test and Treat” for all people living with HIV – an initiative that the United States fully endorses. Last week, as a direct result of the highly effective partnership between the United States and South Africa in the HIV/Aids response, PEPFAR committed funding for South Africa of $467 million (R6.7 billion) over the next year, exceeding the amounts projected in the 2012 Partnership Framework Implementation Plan.

The ultimate objective of an Aids-free generation is now in sight – but the story doesn’t end there.

The next chapter in the struggle against HIV is unfolding. Despite considerable progress, girls and young women remain highly vulnerable to new HIV infections. Adolescent girls are up to eight times more likely to be infected with HIV than their male peers. And South Africa has the highest number of new HIV infections per week among young women – around 2 000.

It’s hard to imagine that more than 100 000 young women become infected with HIV each year in South Africa. So instead, let’s imagine one girl. One girl who, through the incredibly effective partnership between PEPFAR and the South African government, managed to avoid HIV at birth because her mother had access to anti-retroviral treatment. This one girl – who could be your neighbour, daughter, sister, or student – is trying to chart her course in the world. She is fighting against the 1-in-5 chance she will be infected with HIV before she reaches the age of 25.

Let’s imagine she dreams of becoming a mother, a lawyer, or the president. Would you do anything you could to give this one girl a chance of realizing her dreams?

We have reached a pivotal point in the fight against HIV and Aids. It will take all sectors of society, working side-by-side, in order to reach this shared goal: the South African government, PEPFAR, the Global Fund, the UN family, the private sector, and civil society.

The United States and South Africa are committed to facing the challenge together in order to give that one girl – and the tens of thousands just like her – a chance to realise her dream of an Aids-free future.

Will you join us in rewriting the future of South Africa?