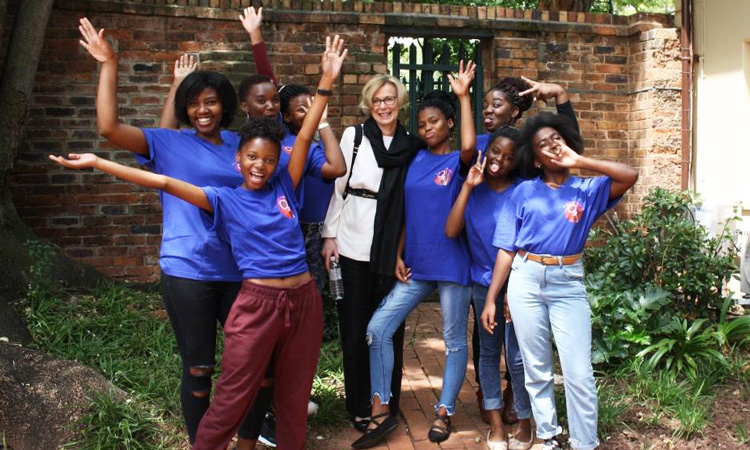 Her primary function in South Africa was to host a PEPFAR Regional Planning Meeting in Johannesburg with public health experts, government officials, civil society and multilateral organizations from more than 20 countries, who gathered together to conduct extensive programmatic and budgetary reviews to ensure each of their Country Operational Plans for 2018 (COP18) was focused to achieve HIV epidemic control and was based on each country’s unique needs.

During Ambassador Birx’s February 26 meeting with Minister of Health Aaron Motsoaledi, South Africa and the United States committed to work together in support of President Ramaphosa’s pledge to provide life-saving HIV treatment to 2 million additional South Africans by 2020.  They further agreed to continue the long-standing partnership between PEPFAR and South Africa with the goal of HIV epidemic control.  They committed to moving forward urgently to expand programs in HIV prevention, particularly to protect adolescent girls and young women at risk for HIV.  They also discussed mobilizing all stakeholders, including faith based organizations, civil society, and the private sector.

“We fully support the South African government’s bold commitment to put two million more South Africans on life-saving HIV treatment by 2020.  The government of South Africa has made an incredible investment in HIV/AIDS, but the mountain, the rate of new infections, is too high for one group alone to try to summit.  The whole U.S. Embassy is behind you, our Secretary of State is behind you, and our President is behind you.  We are mobilizing resources to get up that hill together.” Ambassador Birx said.

Members of South Africa’s dynamic civil society, including health workers, people living with HIV, key populations, women, and youth, were closely consulted throughout the COP18 planning process.  They participated in the planning discussions, and several excellent proposals from “The People’s COP,” a document prepared by civil society, were incorporated into the U.S. strategy for 2018.  “We had the community, the government, and the PEPFAR teams together from the very beginning dialoguing about what next year’s plans should look like.  That has been so helpful,” Ambassador Birx noted, adding, “In the end, we’re here for that person who comes to a (PEPFAR-supported) site to get the services they need, whether that is prevention or treatment.  We’re not going to rest until we know that at the site level, people are receiving quality services.”

As a result of the visit, the PEPFAR South Africa team, in partnership with the Government of South Africa will immediately develop plans to accelerate efforts to put an additional two million people living with HIV on live-saving treatment.  The plans will support the Department of Health’s National HIV Screening, Testing, and Treatment Campaign, and continue collaboration with civil society.  “We have an incredible commitment to get control of the epidemic in South Africa.  Last year, we were supposed to have decreased our U.S. investment by 50 percent, and continue to decrease, but instead, we felt like together, if there was political will, we could change things, and if there was community will, we would be successful.  I think these two pieces coming together gives me great hope, because this is an ambitious plan.  Now there will be laser focus on our accomplishments together in South Africa,” Ambassador Birx told stakeholders.

The United States is proud to stand shoulder-to-shoulder with South Africa in the HIV response.  Since 2004, we have invested more than 70 billion rand in South Africa through PEPFAR.  We are confident that together we can control the HIV/AIDS epidemic and create a safer, healthier, and brighter future for South Africa.